As a famed psychic profiler, I receive numerous emails daily from fans around the world, clients wishing to book a psychic reading, those wishing to understand their own intuitive gifts a little more clearly. When one of my television programs happens to be airing, there are literally 400-500 emails on any given day. It’s simply the nature of what I do as a psychic/ medium well within the public eye.

Recently, there have been many who have contacted me regarding missing Maryland resident, Robyn Gardner. Robyn was last seen Aug. 2nd during a short getaway to the isle of Aruba with traveling companion, Gary Giordano.
Today will be 2 months exactly marking her disappearance.


Friday, Aug. 12th, I received an email from Richard Forester regarding the search for Robyn Gardner. He indicated he was her boyfriend, and would I help him. The first contact was a post to my Facebook fan page wall, which I thought was an odd venue for contact – especially for official assistance in a high-profile, highly-publicized, missing persons investigation. My main website clearly had all the pertinent contact information listed, so I quickly directed Richard to email me privately there.

That night, I accepted the case as Richard Forester had agreed to my published protocol & procedures for working a case file investigation. We read for over 2 hours that night. I have outlined the readings, and subsequent end to that particular association here.

The emails & posts on my Facebook page kept pouring in from concerned individuals, perpetually praying & waiting for Robyn Gardner to be found. 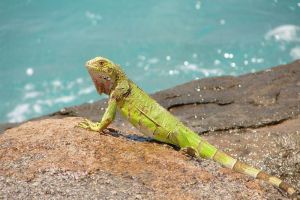 
I was a bit surprised she was emailing me from Oranjestad, Aruba that morning. She wrote a lengthy letter, indicating she believed me to be gifted as a psychic/ medium, and would I assist her in her personal search for Robyn’s body.


Christina was only to be on the island until Thursday of that week,
so time was of critical concern.

CJ explained back and forth via email how she “wasn’t like Richard” and she was there in Aruba following information she had been ‘given’ during several psychic readings she had from a close friend of her mother’s. This psychic was someone she trusted, so her trip to Aruba was fortified with a direction she felt was justified. She was bound to do anything & everything in her power to find her friend, and to be her ‘voice.’

“Hello Carla. My name is Christina Jones. I am Robyns roommate. I know that Richard is driving you MAD. I totally get it. I have my own opinion about him but that is neither here nor there…I am just trying very hard to bring justice on robyns behalf. I am now in Aruba with Kelly (Robyns Cousin)…I am here to try and find her.

I know that you are gifted and if you would communicate with me regarding any “vision” you have I would greatly appreciate it. I appreciate any time that you give and please don’t tell Richard that I am here. Sooner than later he will figure it out but I just don’t understand why IF he loves her so much…why didn’t he come here himself? He is a very controlling person and I am sorry you have had to learn that for yourself.

Anyways…my email is attached. I do have a phone in Aruba if you would rather talk.

Again, TY for your time!”

Christina Jones had made the trip with Robyn Gardner’s cousin, Kelly, and was met in Aruba by a news correspondent for NBC’s “Today” show. Her search on the island was no longer personal, no longer private. The world would know on Wednesday morning why she was there, and what she was planning to do on her own.

The psychic mentioned in the TODAY piece is not psychic profiler,
Carla Baron.

I read w/ Christina Jones later that evening after she taped this segment for NBC @ approx. 7pm PDT.

Even though it was a holiday, I knew Christina and I had a short window of time to arrange our first preliminary psychic session on Skype.

CJ knew of my reticence to continue on this case, as my previous dealings with Richard Forester were not within the scope of my professional acceptance guidelines. She reassured me that she would NOT be the same, that I would discover she was “true-blue” in her intent.

For the most part, it seemed Christina Jones was just that – true to her word.
(Or so it seemed.)

I directed her to read my article on procedures in taking on any investigation as a psychic profiler. CJ told me she fully understood my protocol for acceptance of this case file, agreeing wholeheartedly to any terms that I had to continue.

We had a short chat via Skype to set a time for the 1st session later that night when she got back to her hotel. During the call, Christina made a few statements regarding Richard Forester, and what she believed happened between him and Robyn a couple months prior.


One statement, in particular, was in revealing that Robyn Gardner had broken her arm a few months before her trip to Aruba with Gary Giordano. And Christina felt very strongly due to Robyn’s behavior, and the events leading up, that Richard Forester was the one responsible for breaking Robyn’s arm. Christina said she even asked Richard about this event – suggesting he was involved. She said that he, of course, denied it at the time. Robyn said “she fell.”

However, Christina was CONVINCED that Richard Forester was the one responsible.


I took that in, along with other things that were stated, and put them aside for the time being. I was appalled at what I had heard, but needed to direct my focus on the search for Robyn and what may have happened to her in Aruba. The other would have to wait. This shocking revelation was something that only the authorities would find relevant, or irrelevant, to the Robyn Gardner case file investigation.

The strange thing was …

This wasn’t the only time I would hear of this event with Robyn’s broken arm, and the attributing of this physical abuse to her boyfriend at the time – Richard Forester.

There were several emails from those close to Robyn Gardner who virtually reiterated the same words – unsolicited by me in any way. They just felt they should write me with this, as they did not feel comfortable going anywhere else with their feelings, I suppose,
or sharing any knowledge of the situation they were harboring in secret.

(They were – like Christina – confident in their position on this issue when writing me.)

I did not know what to do with this. So I just kept the information quiet until I felt it should, at the very least, be revealed should even one iota of it be true.

Let me say this:

I am in no way stating this ‘abuse’ issue is true – or not based in truth.

I am just stating that several different individuals revealed this same information without provocation from me, or anyone else, for that matter.

I am not sitting in judgment. Just a different perspective has been presented from those intimate with Robyn Gardner.

Christina was exhausted, both emotionally and physically from the day’s events. It was difficult to get her in a ‘psychic space’ so that I may try and glean whatever I could about Robyn’s whereabouts, what happened to her on the island.

(Let it be noted that when I have accepted a case in an official capacity, my work is
pro bono.)

Some of the pieces of information I gleaned during the session were ironically similar to the ‘other’ psychic’s read, and some were not.

My read provided many more details on the event itself, and points surrounding where I saw Robyn’s body. I also was able to get some sense that there was an accomplice present w/ Gary Giordano.

(I’m sorry, but I do feel Gary Giordano is guilty of this crime with all that ‘came through’ the psychic sessions thus far. This is, of course, merely my opinion as I assess the probable crime scene as a well-known psychic profiler.)

Christina had said she “looked everywhere I had indicated in the reading.”
“What else could she possibly do?”

I told her it was highly unlikely she would find Robyn’s body after just one quick, semi-
rushed psychic session. This is most often times a lengthy process – especially when working a case investigation.

Christina was a bit naive when it came to her expectations of the psychic process in this situation. She was so disappointed when she didn’t find Robyn right then, right away.

Those who work frequently with genuine psychic mediums & profilers know that patience is key. It’s an evolutionary process. I always feel that when a case is “meant” to solve karmically, it will – when all the elements are in place for this particular life lesson, no matter how difficult the waiting may be.

The ‘elements’ these days seem to be of a group karma casting – victim, perpetrator(s), law enforcement, CSI, media, psychic, family members – ALL factions must come together now for resolution to manifest in this particular time in human history.


Christina Jones flew back home to Maryland after her excruciating search for answers in Oranjestad. She had frantically done what she felt she could do (which was extraordinary, under the circumstances – I mean, not many would do all she had done for her dear friend.)

But her intent in regard to her association with me was less than honorable. This was the last time I was going to allow any level of disrespect – especially as I was a high profile psychic, having built an illustrious career as such in the medium of television, here in the U.S. and abroad.

A last text received by Christina Jones from Robyn Gardner in Aruba revealed she was BREAKING UP w/ Richard Forester upon her return.

(I heard this directly from Christina Jones in our preliminary Skype call the afternoon of Sept.5th)

I received several emails from Robyn’s ex-boyfriend of 2.5 yrs.
(Not Richard Forester.)

This was the initial contact email from the “ex”  —

“I was the last person she spoke to on the phone the day she went missing at 1:20 pm that day. Last thing she said to me was I love you – you are my world.”

“I also saw her the Thursday before she left.”

…“only want to see if there is anything I can help you with.”

“She lived with me all of last year and I still have most of her things here as she never could bring herself to move out.”

The “ex” and I have kept in contact often these past few weeks. We decided to wait on the “psychic” assist for now as he is working in harmony with Robyn Gardner’s family,
and their utmost wishes in regards to the search/ investigation.

Maybe more so than any other case I have been involved, except for perhaps …